> Blog> >Why Norway plunders all the Gold medals every four years in winter Olympics?

Why Norway plunders all the Gold medals every four years in winter Olympics?

In a country that any holiday or  break basically means “go skiing”, nothing can strike the national pride but a top-notch skiing skill set; except hosting the peace Nobel ceremony of course! 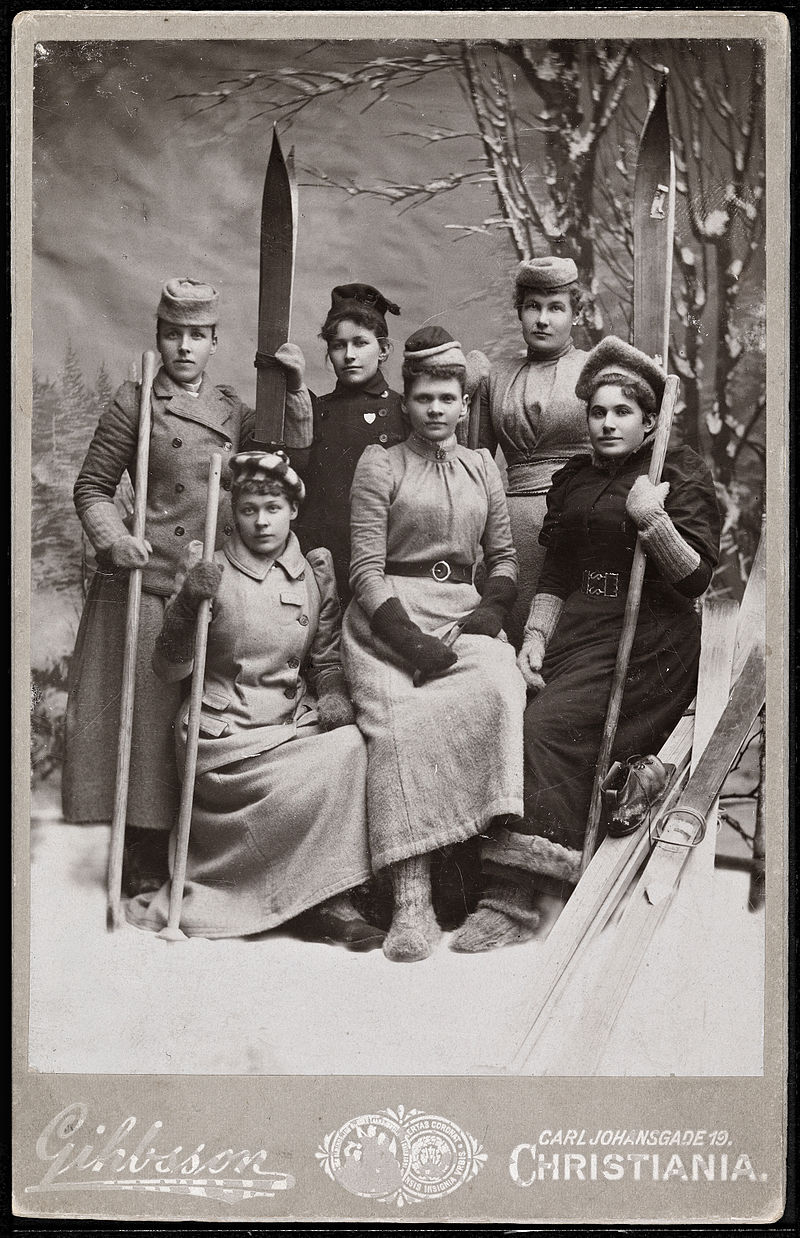 Women from a skiing association around 1890

In winter Olympics 2018, Norway was the most successful nation at the games with 39 total medals, setting a new record for the most medals won by a country at a single Winter Olympics.

The fact that Norway has around 5.3 million population, and 329 winter medals since 1924, makes this nation a medals-per-capita Godzilla! 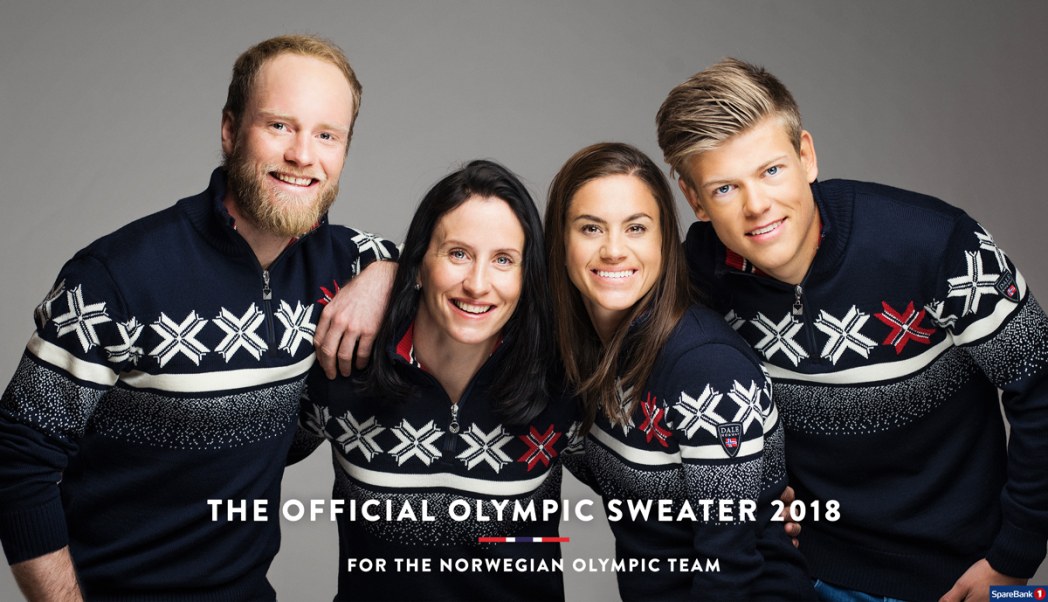 The official Norwegian Olympic sweaters become the best seller before, during and after the games!

At Norway’s Holmenkollen Ski Museum, one might learn the old saying that Norwegians are “born with skis on their feet,” revealing the extraordinary toughness of Norwegian women, able to birth both babies and large sporting equipment simultaneously! 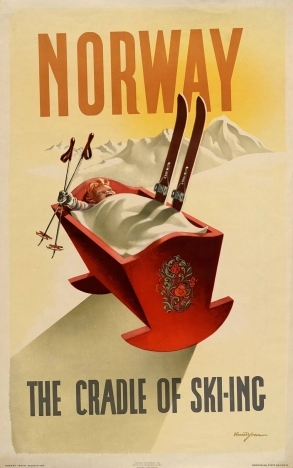 Norwegians are born with skis on their feet!

Marit Bjoergen, a Norwegian mother, finds her fifth Olympics in cross-country, took 10 medals to her final Olympics with her 37-year-old body that gave birth in 2015 to both a son and, presumably, the attached skis.

She also won a silver in the 15-kilometer skiathlon, and her 11 medals now make her the most decorated female Winter Olympian ever.

The medal was her 11th career Olympic medal, most ever by a female Winter Olympian.

One more medal will move her into a tie with Norwegian Bjørn Dæhlie for the most ever Olympic medals by a cross-country skier. Two more would tie her with Norwegian biathlete Ole Einar Bjørndalen as the most decorated Winter Olympian of all time while claiming three medals in South Korea would result in Bjørgen returning to Norway as the greatest athlete to ever compete in the Winter Games. 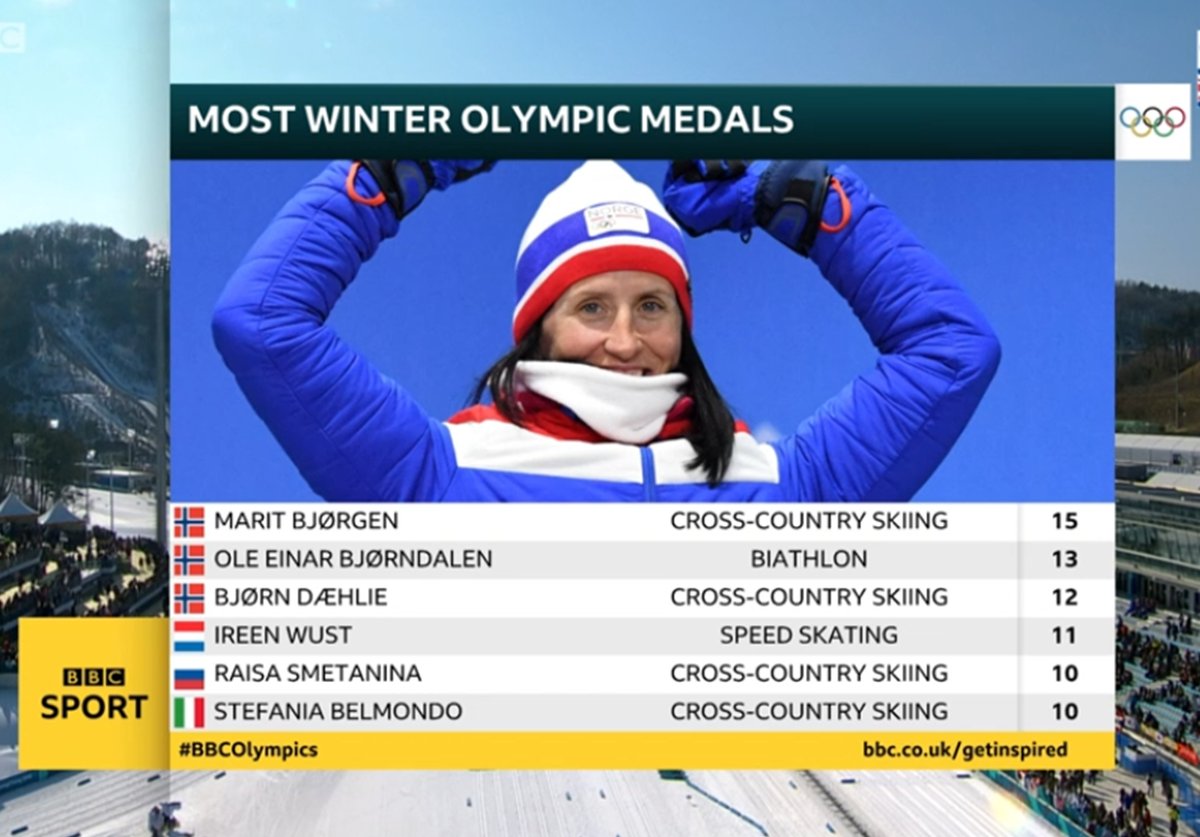 "I am here to take medals," the 37-year-old Bjørgen said, according to NBC Sports.

"It is my fifth Olympics and still to be there, I am happy with that. I am happy to be here at my age."

The question here is, with a population of just 5.2 million, compared with the 323 million of the US or the 82 million of Germany, how did Norway become the dominant force in South Korea?

We think the ambition and motivation is clearly there, as well as the ideal environment. Norway is regularly covered in heavy snow dumps between November and February amid sub-zero temperatures. 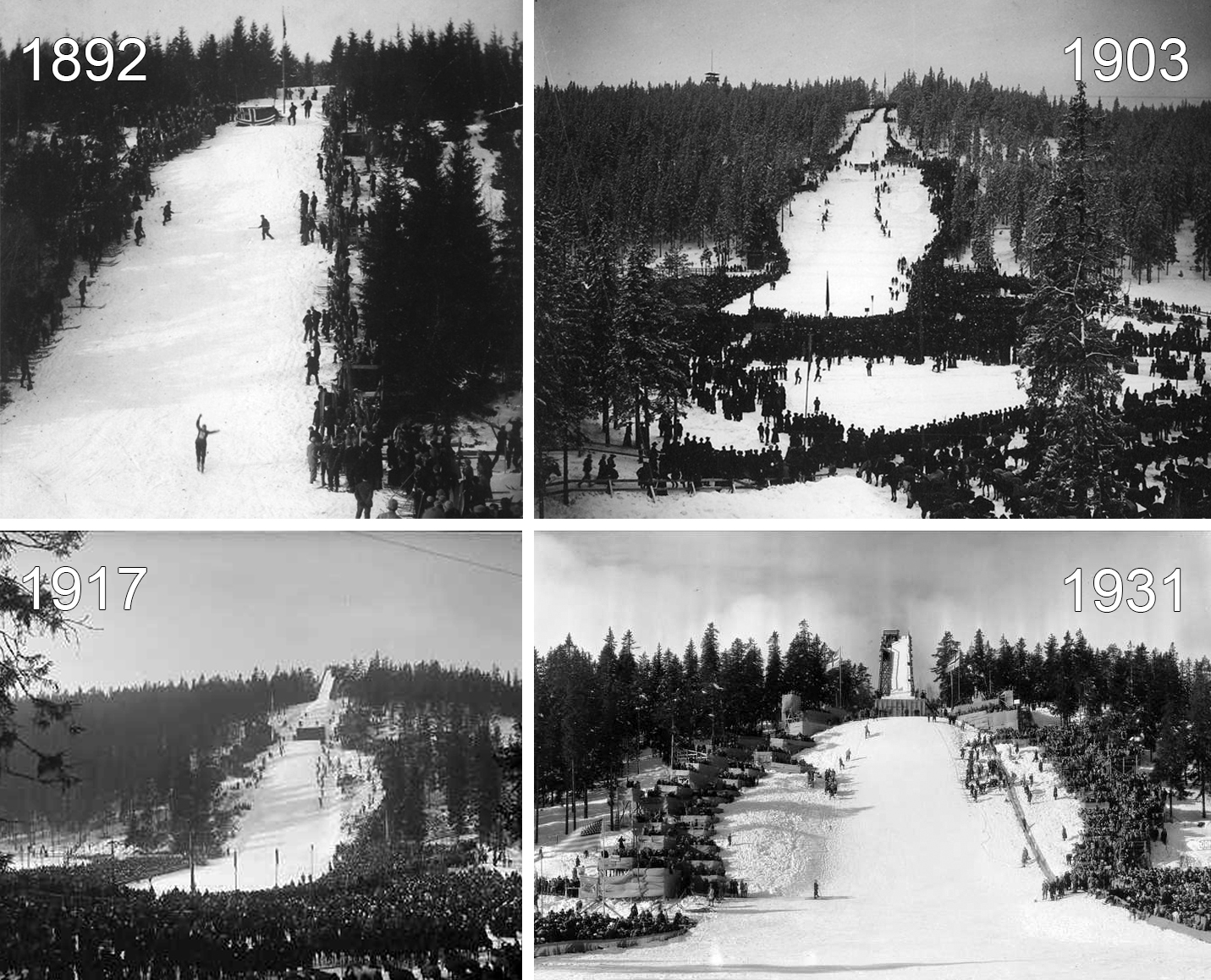 The most modern Ski Resort Are in world in time, Holmenkollen in Oslo, Norway.

A successful 1994 Winter Games in Lillehammer also inspired a generation which makes up the current crop of Norwegian Olympians. Norway grew up worshipping winter sports heroes such as Kjetil Andre Aamodt and Espen Bredesen after witnessing a 10-gold-medal haul. 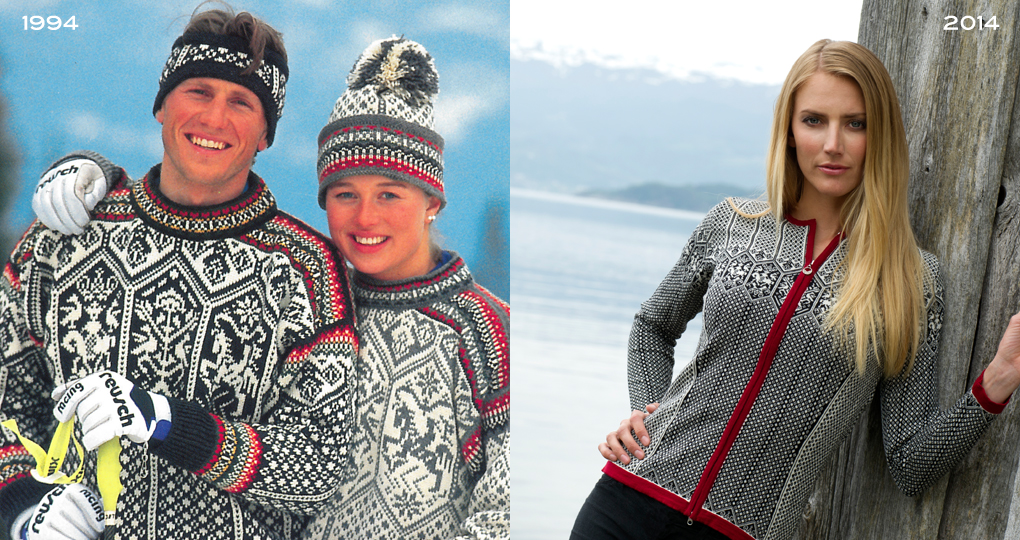 On left the Norway team outfit in Lillehammer Winter Olympic 1994, on right in 2014 the same pattern is still loved and popular in 10 years!

Team spirit has also been a key factor for Norway, with the men's alpine ski team a perfect example. The ski team reportedly spend 250 days of the year together — one of their unofficial rules is 'Taco Friday', every Friday — and all members, whether a veteran or rookie, are treated equally.

The team with following team spirit and a self driven culture, try to keep it tight and real. It is fitting to say that 'keeping it real' is certainly working for the Norwegians. 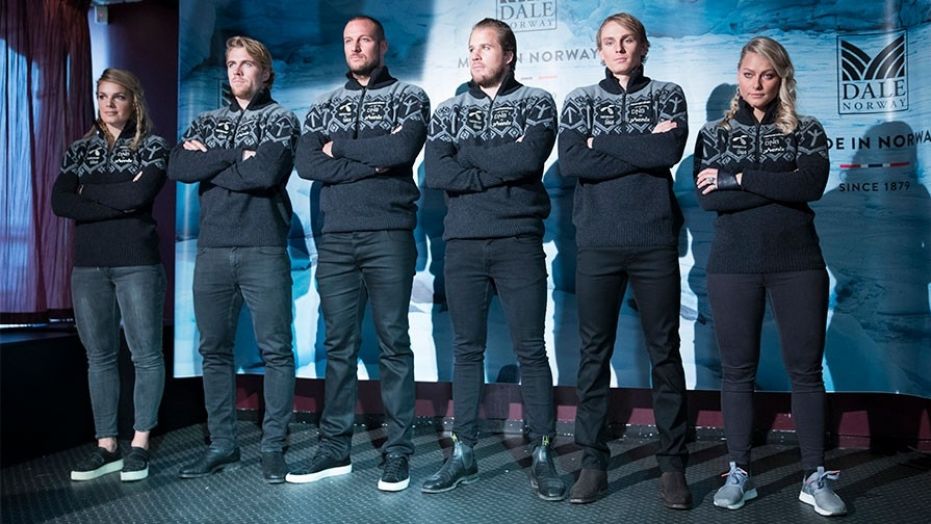 Norway’s Olympic success is all the more impressive when you consider the team’s size. While the U.S. sent 242 athletes — the most in Winter Olympic history — to PyeongChang, Norway sent just 109. A team with less than half of America’s Olympic workforce won almost twice the number of medals!

To put it in nutshell, besides the hard work and strong determinations of Norwegian athletes, Norway is blessed with many advantages for Winter Olympics dominance, like snow, a history of excellence in sports like biathlon and cross-country skiing, and free health care, which helps keep young athletic talent in good shape. 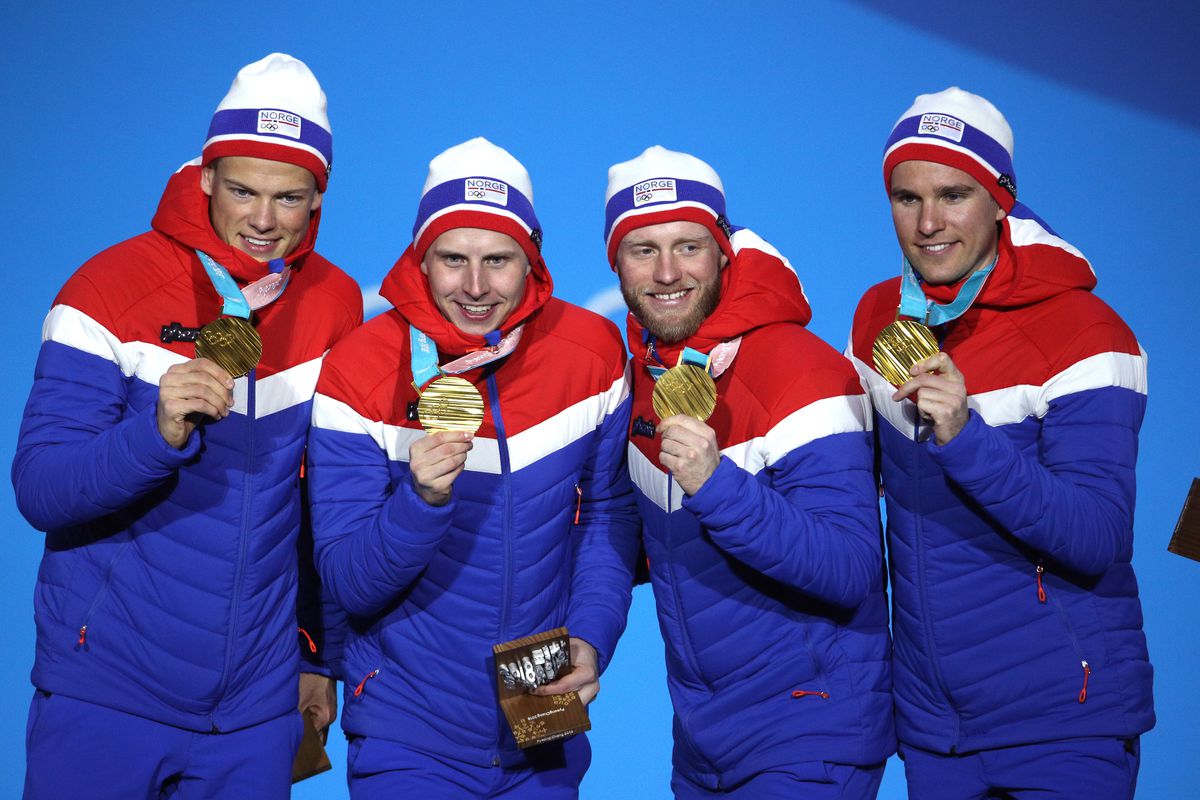 Why Norway plunders all the Gold medals every four years in winter Olympics?

GREAT ONE-SIZED GIFTS IDEAS, WHEN YOU DON’T KNOW THE SIZE!